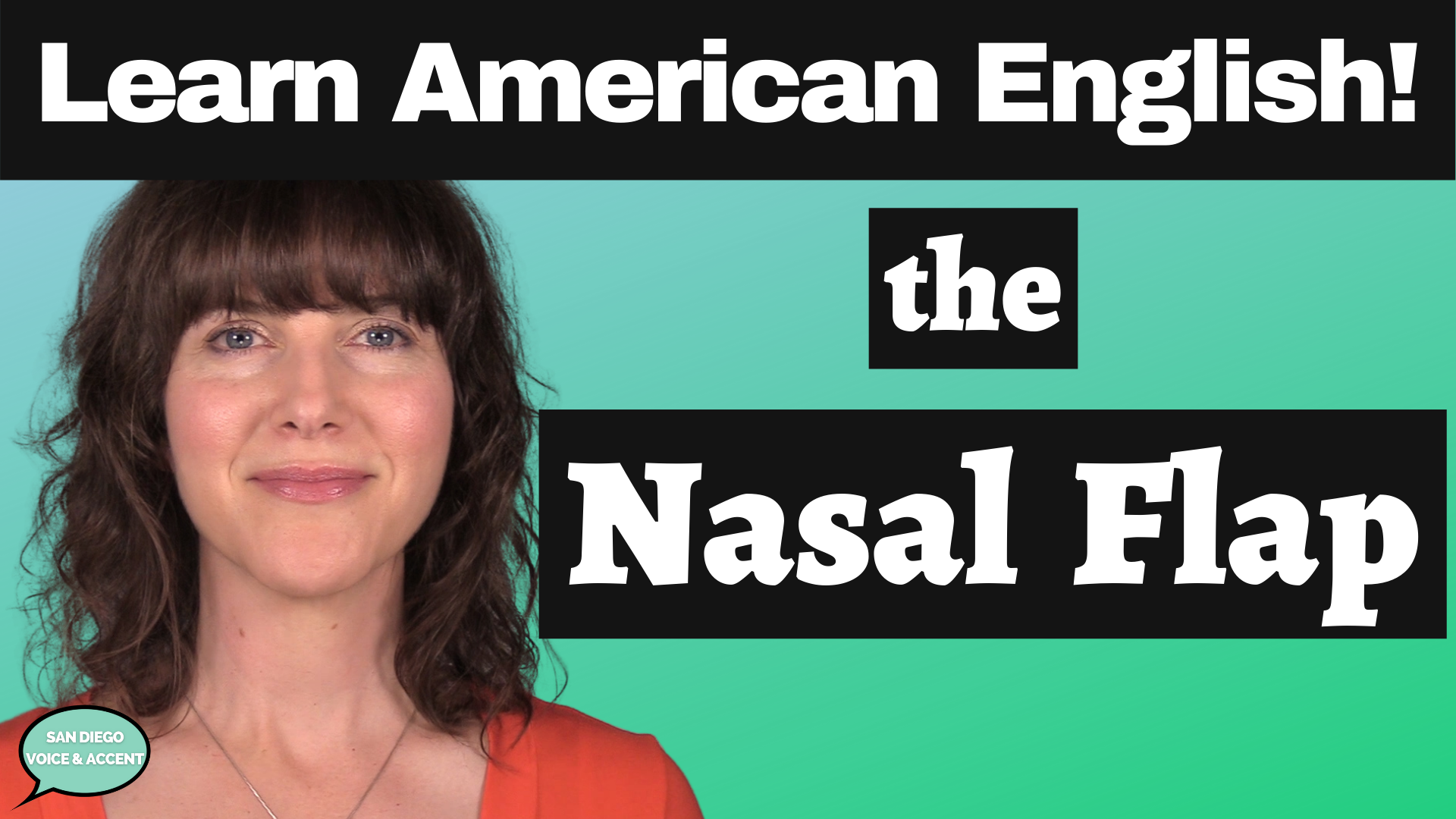 The Nasal Flap in American English

You've heard about the flap. Now you need to learn about the nasal flap /ɾ̃/, also known as the Vanishing T, which native speakers use in words like "internet", "twenty", and "wanted". Practice using the nasal flap in words and sentences!

Hi, I’m Julie with San Diego Voice and Accent, and in this video you’ll learn all about the nasal flap.

In previous videos, I’ve discussed the flap, which is used in the words water, butter, and video. This flap is also called the alveolar flap because the tongue tip lightly touches the alveolar ridge when you make this sound.

But American English also uses another type of flap, and this one is called the nasal flap /ɾ̃/. It’s used in words like:

Look at the spelling of the words, and you’ll notice that they each contain the “nt” spelling combination, but something happened to the T sound. Listen again.

I didn’t pronounce the T sound. Instead, I used what is called a nasal flap, which is essentially when the T sound is omitted completely, and only the N is pronounced.

I’ll say these words again, and first I’ll pronounce them with a nasal flap and then without a nasal flap. Listen to the difference in the NT combination.

When can you use the nasal flap?

The nasal flap is optional - it is up to the speaker to decide if they want to use it or not - but it’s important to know that there are some words that native speakers are much more likely to pronounce with a nasal flap, and other words aren’t as likely to have it.

You owe me twenty bucks.

What did we do before the internet?

I wanted to leave at noon.

I live in the center of town.

You pay at the front counter.

Your fingerprints will help to identify you.

I hope this video helped you to learn how to use the nasal flap. Thanks for watching, and let me know how I can help you master the American accent!