American Accent Basics: What is an accent? Why do I have one? How do I reduce my accent to sound like a native American English speaker?

What is an accent?

A good example of a foreign accent is a person who grew up in Spain and spoke only Spanish until moving to the U.S. as an adult. This person will most likely speak English with a Spanish accent. An example of a regional accent is someone from Texas (considered the South) who may say “Y’all!” to mean “You all” or “Everyone”, but people who are native to California would not use this term.

For the sake of this blog, let’s consider the definition of an accent to be: “A distinctive mode of pronunciation of a language, especially one associated with a particular nation, locality, or social class.” According to this definition, we all have an accent. 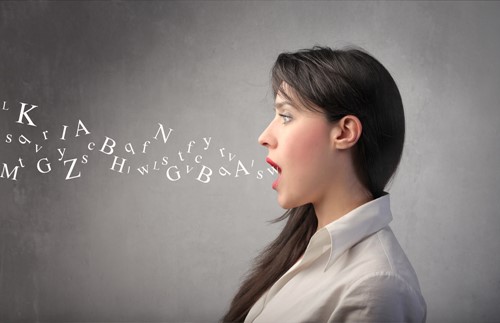 Why do I have an accent?

To understand why we all have an accent and where it comes from, it’s helpful to think about your first, or native, language. Let’s say you grew up speaking Mandarin Chinese. Mandarin, like all languages, has its own set of specific sounds, patterns, and rules that you have spent every day since birth mastering. Your brain has been wired to speak Mandarin perfectly - so perfectly, in fact, that even when you encounter an unfamiliar word, you can still pronounce it correctly just based on your inherent knowledge of Mandarin.

When you learn a foreign language (let’s say English), this new language will be filtered through your specialized knowledge base of Mandarin. This means you will most likely struggle with the elements of English that aren’t shared with Mandarin.

For example, a common pronunciation error a Mandarin speaker may make when speaking English is with the “th” sound, which is sometimes pronounced as an “s”, because the “th” sound does not occur in Mandarin. You can certainly learn how to make a good “th”, but you still may need to put in extra effort to do so consistently, and you may still make errors every now and then. This is what causes us to have accents - they come from the influence of our first, or native, language on the foreign language. And research shows that the older you are when you learn that second language (the common belief is any time after age 12), the more likely it is that you will speak it with an accent. 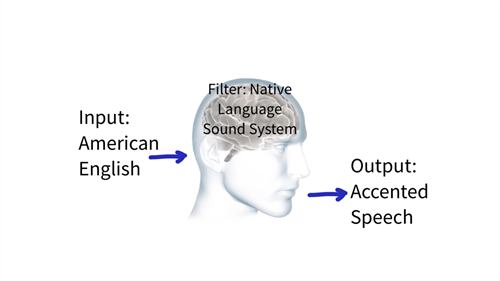 How can I reduce my accent?

Working with a knowledgeable accent reduction coach is the best way to improve your English pronunciation and reduce your accent. You and your coach should work together to create goals based on your specific needs, but the overall goals of accent reduction should be to learn how to become a more effective communicator and develop an awareness of how the sounds, patterns, and rules of English differ from your native language. Part of this training may include working on:

These goals are achievable and are things you can improve through accent reduction training. Learning to communicate effectively is a skill, and just like any other skill (like playing the piano or baking the perfect chocolate chip cookie), it has to be practiced. Accent reduction training can teach you the skills to improve your ability to speak clearly, speak naturally, and be better understood.