In a previous blog, I talked about the International Phonetic Alphabet (IPA) and why it is such a valuable tool when learning a new language. Just to re-cap, the IPA is a notation system that uses symbols to represent the sounds of spoken language. Each symbol corresponds to a distinct sound, and as long as you know the symbol-to-sound correspondence, you should be able to pronounce any word you encounter. Today I’d like to focus on the IPA symbols of American English Vowels. 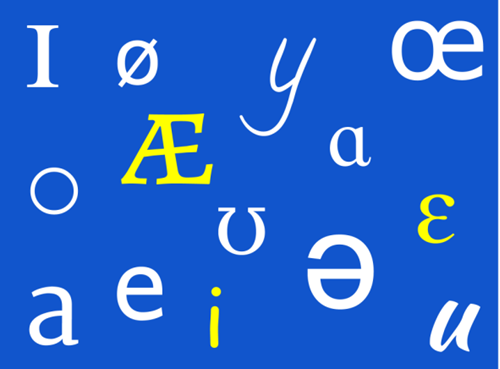 How many English vowels are there?

Why are vowels so difficult?

Vowels can be frustrating for English learners, and for good reason! Vowels are much more abstract than consonants. You can describe a consonant by its place, manner, and voicing, and those are very concrete terms (think: both lips, stopping of air, voice on for the “b” sound). However, vowels exist along a continuum of an open mouth and throat that you change to be either more open or less open to make the different vowel sounds (that is the abstract part!).

Another reason why vowels can be so frustrating for non-native English speakers is because you can’t rely on the spelling of the word to tell you how to pronounce that vowel. This is also somewhat true for consonants, but it’s even more true for vowels.

Let’s take the example of the words woman and women. Both are spelled with the vowel letter “o”, but that letter is pronounced differently in each word:

Or the words bead and head. Both words contain the “ea” vowels spelling, but they are pronounced differently:

These examples highlight a very important part of spoken English: English is not a phonetic language. The spelling of a word does not always match up with how it is pronounced. So to be the most successful with English pronunciation, you need to develop a strong awareness of the sounds that you hear rather than the spelling of the words.

Let’s look at this quadrilateral again, but with a different perspective. This second drawing depicts the side of a person’s face, and the mouth is open. The quadrilateral has been placed inside the person’s open mouth. 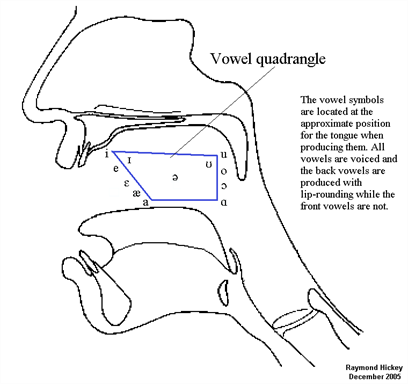 The Corner and Central English Vowels

Now that you have a basic understanding of what the quadrilateral represents, I’ll include it here again with all of the vowel IPA symbols for the American English monophthongs: 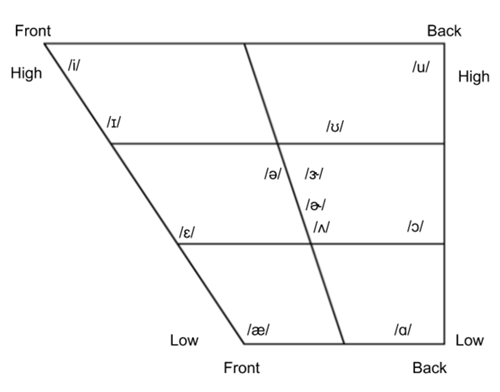 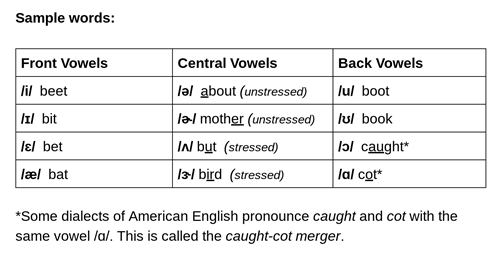 So far, the types of vowels I’ve been discussing are called monophthongs, meaning the vowel is comprised of just one sound (mono = one). However, the American English vowel system also contains diphthongs, which are one sound created by the combination of two vowels (di = two). When you say a diphthong, you should feel movement in your jaw and tongue as you progress through that sound.

For example, the vowel /e͡ɪ/ (like in the word late) is a diphthong vowel. It starts with the /e/ vowel and moves towards the /ɪ/ vowel, and as you say /e͡ɪ/, you should feel that your jaw is open at the beginning, then closes slightly for the last part of the sound.

Here is a vowel quadrilateral that shows the American English diphthongs: 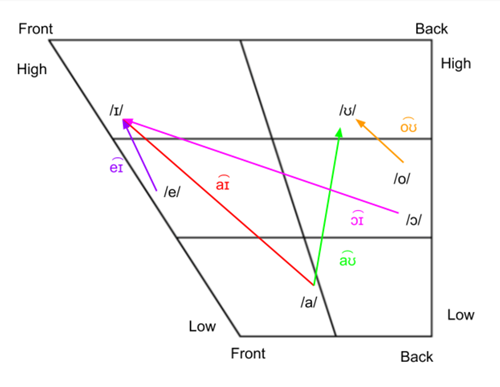 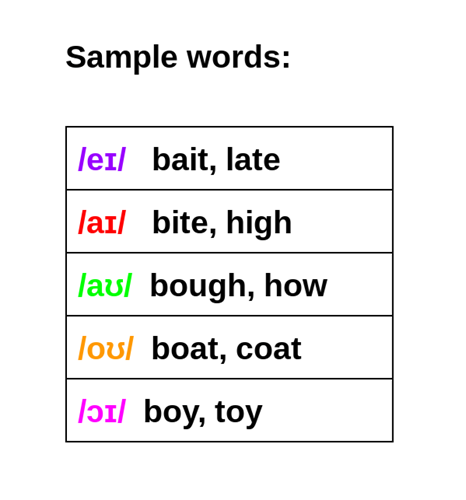 Here are practice words to help you with the American English vowels (and click here for a FREE printout of the IPA chart for monophthongs):

Thanks for reading my blog, and let me know if you have any questions about the American English vowels!