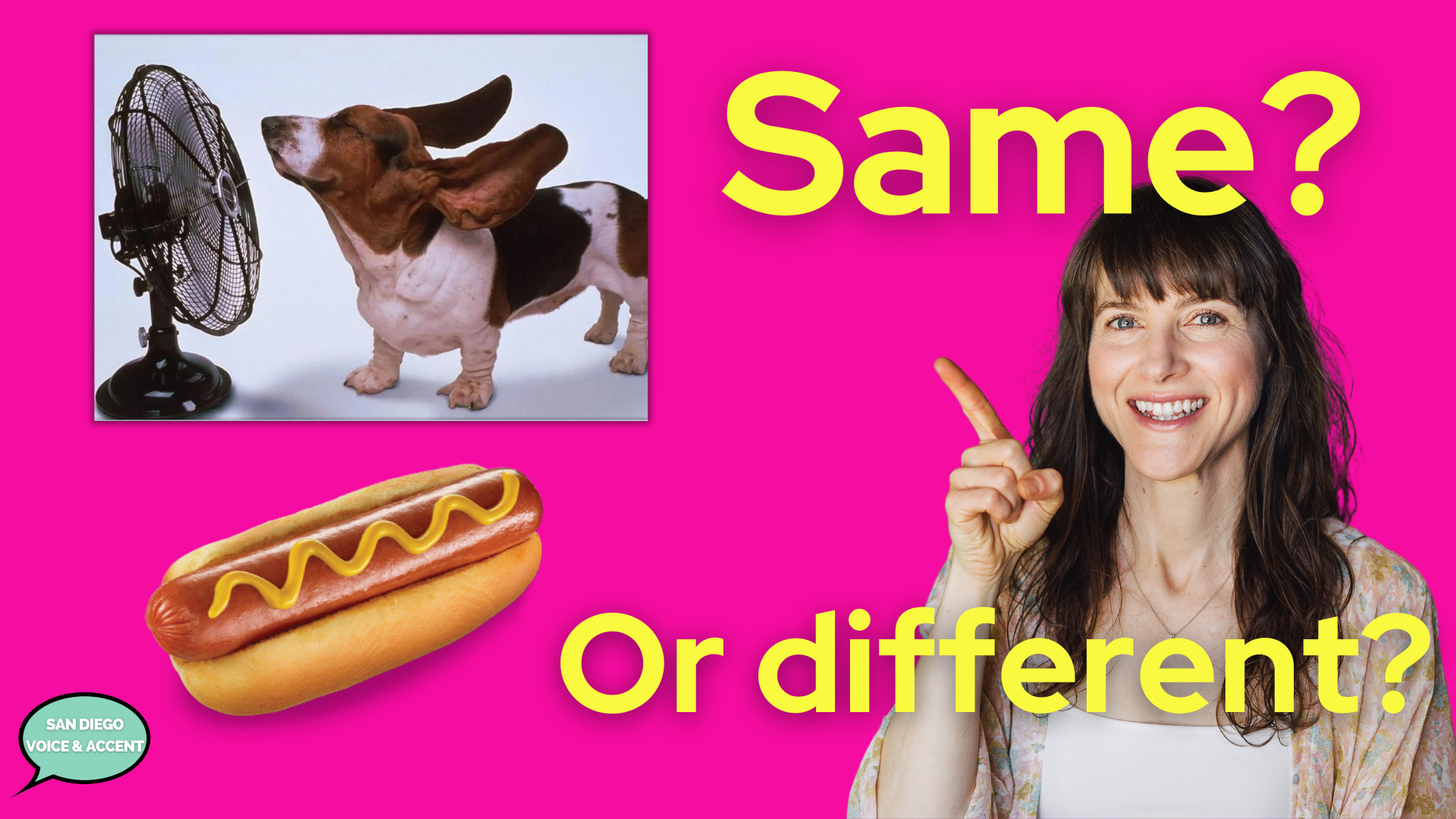 Only 3% of English Learners Get This Right!

How do you say the names of these two pictures?

Say the names out loud. Did you pronounce them the same? Or differently?

If you’re not sure how to pronounce these phrases, have no fear. This video will make it easy.

Here’s how you pronounce the names of these two pictures.

Same words, but they use a different stress pattern. And the stress pattern is the only way to know which one a person is talking about.

American English stress is…crazy! And these particular types of stress patterns are advanced - most of the time, you won’t run into any huge problems with either of these patterns, and your speaker will understand you. But, every once in a while, these stress patterns will come up in your speech, so today you’re going to learn all about them and, most importantly, how to pronounce them with confidence.

First, let’s go back to the picture of the hot DOG and the HOT dog. What is different about these two phrases? Why is the stress pattern different?

A hot DOG is also a descriptive phrase. The word hot is an adjective, and it is describing the noun, dog.

Stress tends to fall on the second word of the descriptive phrase, or it may not have any special stress at all.

Compound nouns are also extremely common in English, and there are three types of them: you can have a compound noun that is a single word, like baseball, boyfriend, and overtime.

You can have a compound noun that is made up of separate words, like house party, slam dunk, and sweater vest.

And you can have a compound noun that is formed by hyphens to connect two or more words together, like mother-in-law, merry-go-round, and ten-year-old.

Notice the second type of compound nouns, the ones that are made up of separate words. Don’t these compound nouns also look like descriptive phrases?

That’s the category that a hot DOG and a HOT dog fall under. A hot DOG is a descriptive phrase, but it looks just like the compound noun HOT dog. And that’s where the confusion lies. You have to be aware of how a phrase functions in a sentence to know the type of stress pattern to use!

This is advanced stuff, so if you need to review any of the information so far, rewind the video and review. But if you’re right here with me, then let’s continue to the practice.

I’m going to read three phrases that can either be a compound noun or a descriptive phrase. Then I’ll read them in a sentence. You’ll hear me say each phrase and sentence one time, and then I’ll pause. Imitate after me in the pauses.

I want to eat a HOT dog.

I see a black BIRD.

I want to visit the WHITE house.

I live in a white HOUSE.

Thanks so much for practicing the stress patterns of compound nouns and descriptive phrases. I hope this video was helpful! But let's keep practicing - be sure to check out the additional practice videos of advanced stress patterns in English Pro, my comprehensive, online accent training community. Details on how to enroll in English Pro are in the description below. Thanks and have a great day!